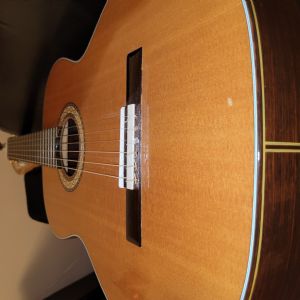 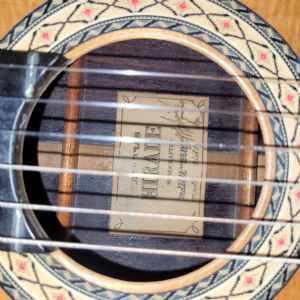 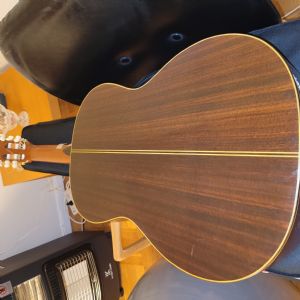 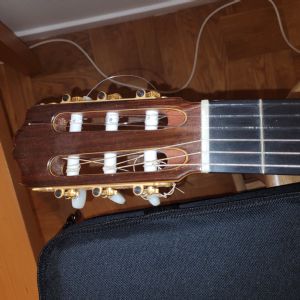 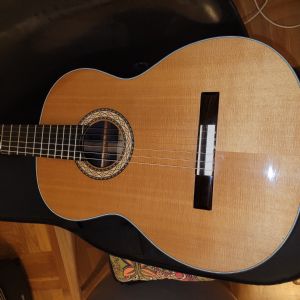 Mass Hirade was originally a luthier at the Masaru Kohno workshop. He left in the 70s and later became president at Takamine. The Master Arte series were high end concert classicals meant for export, partly built and signed by Hirade himself. Its easy to see similarities with Kohno guitars from the same era. This particular guitar is model eight, which I believe to be the highest out of the three (five, seven and eight) and priced at $1,200 dollars in 1980, which translates to $3,777 today. The playability is truly excellent. The 660 mm s make it easy to play. The sound is deep, clear and bold, like Kohnos. The guitar is in very good condition The top lacquer is new done three years ago. But latet on got one little spot down on the top lock. No other tings or scratches worth mentioning.
Year: 1980
Scale: 660 mm
Nut: 52 mm
Top: Solid Spruce
Back/sides: Solid Indian Rosewood
This item is sold As-Described Master Arte second hand guitar from 1980. Includes Foam Gear4Music guitar case. Listen on "rolf ranehov Youtube" direct mobile recorded music by myself